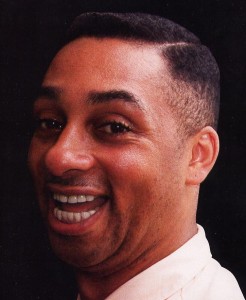 Charlie became a professional footballer with Manchester City F.C at the age of 15, unfortunately due to injury after three years, he had to retire. From there a succession of jobs including Taxi Driver, Labourer and Car mechanic followed. (He became known as the manic mechanic, for he was always impersonating people and cracking jokes! He even tried to become a boxer.

In 1986 he formed the comedy duo Hale & Harty and after four successful years Charlie decided time was right to try a solo career. In 1992, Charlie’s career took-off. He began doing various televisions shows, including ITV’s “What’s New”, Channel 4’s “291 Club”, ITV’s “The New Comedians” and for the BBC, “Hangar 17”. In the past few years Charlie has had his own show on Sky TV, and is a regular guest and Sky Sports. Following the ITV comedy show, “Why do you do”, he starred in BBC 2’s ‘A Force’, both writing and performing on the satirical show “Blouse and Skirt”.

Other TV appearances include “Elvis has left the building” a TV pop quiz, and “The 1998 New Comedians Live”, both for Granada TV. Charlie was featured on BBC 2’s “Windrush Gala Concert” screened by BBCTV in 2000.

Projects recently completed by Charlie, and successfully screened on Man.Utd TV include “Wild about United” and “Reds Replay”, which was an hour long talk about Charlie’s career both as Comedian and Footballer.

Charlie is much in demand on the after dinner speaking circuit, where he performs his own brand of comedy, (being able to  provide Sporting Voices amongst his many impressions). He is also a gag and speech writer for other celebrity speakers.

If you need a comedy entertainer just that little bit different then Charlie Hale is for you. His puppet routines have become world famous!