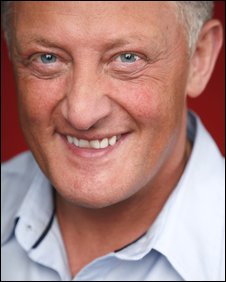 Sean Styles is the latest comedy talent to come from Liverpool. For the last nine years he has gone from strength to strength, starting in 1986 when, from sixty entries he came first in “Liverpool Pub Comedian of the Year”. In 1987 he followed up with an appearance on T.V.s New Faces. He has worked the major caberet venues the length and breadth of the country, with Joe Longthorne, Marty Wilde, The Searches, Foundations, Drifters, Dana, Jimmy Ruffin and many others.

In 1989 he was a winner on Sky T.V.s Starsearch. In June 1991 Sean appeared at the Grade Theatre, Blackpool, with the Drifters followed by an appearance with The L.A. Centrefolds at the Southport Theatre. He was so well accepted, that he was booked for the complete 1992 tour, which was followed by a Summer Season for the Haven Leisure Group. He is currently on his fourth nation-wide theatre tour with the Drifters and last year appeared at the Liverpool Empire with Cliffe Richard on the Roy Castle Cancer Appeal Tour.

For the past number of years, Sean has presented his own BBC Radio Merseyside show with his comedy sidekick, Willie Miller, to rave reviews and always brightening up listener’s Sunday mornings!

He is now also in demand as an “After Dinner Speaker” and his relaxed style Aand pleasing personality satisfies all types of audience and ensures his early return.