A charming, comedy natural, Josh Daniels guarantees laughs from the moment he walks on stage, to long after the lights go out
Price Range : £0-£1000
Verified Listing

This listing is being maintained by its rightful owner.
After Dinner Comedian
0.0 0 Reviews 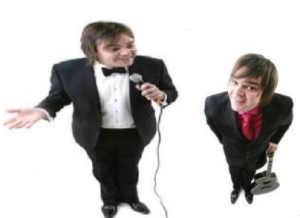 A charming, comedy natural, Josh Daniels guarantees laughs from the moment he walks on stage, to long after the lights go out. It all started by making friends and family laugh after changing the lyrics to songs, (he’s been doing it since he was given his first guitar as a 12 year old), and is what led Josh on the road to what is now a very successful comedy career.

Josh was intent on becoming a professional musician and songwriter but found his sense of humour increasingly taking centre stage. Three years ago, when a newspaper review described him as a “comedian”, Josh decided it was time to take comedy seriously and started writing and performing his own unique brand of stand-up comedy.

Whilst on holiday in the Canary Islands, Josh was invited on stage by a resident rock band to sing and play guitar. Josh could have ‘played it safe’ but instead decided to take a risk and perform his own material. The audience loved it -and so did the management who persuaded him to stay on.

Equipped with a wealth of his own tried and tested material, and the ability to think fast on his feet in front of a variety of audiences, (crafted through literally hundreds of live performances), Josh returned to establish himself in the UK by entering various comedy competitions – eventually leading to him being accepted by the Jongleurs comedy circuit and also invited to perform at the famous “Comedy Store”. His determination found him travelling the U.K generating belly laughs at almost every comedy club in the land, and causing ‘jaw-dropping’ reactions’ from promoters who now book him on a regular basis.

It was soon discovered that Josh’s style & material was not only very much admired in the comedy clubs, but equally in the corporate and after dinner market. Corporate performances and motivational speeches truly make Josh shine. It’s obvious how much research goes into each individual show – guaranteeing that it will be both funny and tailor-made for each company or organisation. Even senior members of the public sector are able to sit back, relax and enjoy Josh with the confidence that whilst he likes to push the comedy boundaries, nobody will be offended.

When speaking to Josh, he has his own theories on what is funny. He has proven on many occasions that audiences deserve more than just ‘pub jokes’ and even the smartest of comedians find it impossible to steal his hilarious true stories. Promoters, agents and audiences alike find it difficult to describe his act. It’s only because of the positive feed back and rave reviews throughout the country, that comedy bookers consider Josh Daniels, ‘a breath of fresh air’.

Be it a comedy club, an after dinner function (where Josh has become a firm favourite), a holiday centre, a cruise ship or a corporate event, Josh can adapt his material to accommodate a wide range of venues from a small room to a sell out theatre.