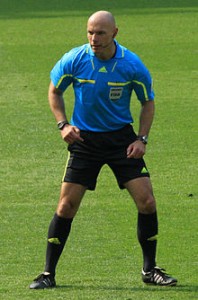 Widely regarded as one of the best referees ever produced in England and highly respected in the world game, Howard brought to an end a 25-year career to become responsible for overseeing the on-field performances of PGMOL match officials.

His achievements includes the 2010 World Cup finals – the first year both had been refereed by the same man – two European Championships, an FA Cup and League Cup final, and more than 500 Premier League and Football League matches.

Howard brings a combination of humour, humility and motivation to his speech, and is a gentleman off stage too.