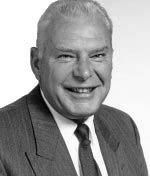 The name my not be familiar, but his subject matter may well ring bells – alarm bells!

David Gunson is a former air traffic controller and one of the most popular after dinner speakers in the country. Indeed his infamous recording “What goes up, must come down” is now highly sought.

Originally working within the Sheffield Steel Mills, David went on to serve in the Royal Air Force, flying Shackletons in Coastal Command on search and rescue and anti submarine patrols. Following a 12 year stint, he went on to become an air traffic controller. His career lasted 23 years – his aim being that one day he would get it right!

David takes a approach to a subject matter close to everyone’s hearts – and with his unerring ability to terrify the would be passenger. One can only assume that some of the stories he tells cannot be true – but then in his immortal words – “What goes up, must come down.”